Opened in 1929, inside in an art-deco style. Operated as a cinema and theater, in the 70-80s served mainly as a concert hall (Bon Jovi, David Bowie, Tangerine Dream, Dolly Parton, U2 and others) from ’80 staged plays and musicals: Time, Grand Hotel, Barnum, Beauty and the Beast, Grease and others.

After refurbishment and reconstruction in 2014 it can currently 2,163 seats. Musicals performed after renovation include Evita, White Christmas, Lord of The Dance, Elf, War of the Worlds, The Bodyguard, American in Paris, Bat Out of Hell The Musical, Prince of Egypt.

22nd May 1986 Freddie Mercury recorded the music video for the song Time.

14th April1988 Freddie Mercury performed in musical Time. The last time he sang live in front of the audience in his life.

Performances as part of the musical We Will Rock You – Brian May and Roger Taylor from time to time appeared in performances and usually played in Bohemian Rhapsody. More on specific dates and performances HERE. First time on 12nd November 2002 and last time on 31th May 2014.

My photos from 2008 and 2016. Currently the Freddie statue is in the garden at Roger Taylor’s house in Surrey. 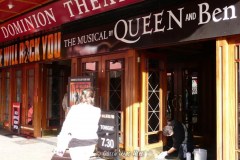 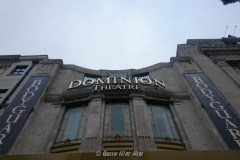 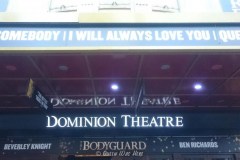 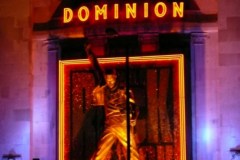 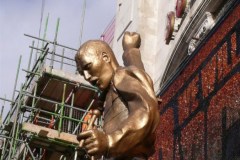 A monument in Roger’s garden since 2014. Source of IG Roger Taylor