On 8th February 2007 the first Hard Rock Cafe in Poland was opened in Warsaw. The restaurant is located in the center of the city in Złote Tarasy, next to the Central Railway Station and Palace of Culture and Science.

After entering, next to the stairs down in the alcove there are souvenirs related to Queen.

Freddie’s red vinyl pants (King Jeans) hang on the wall, which he used at Queen’s concerts in 1980-81.

Another souvenir is Freddie’s Christmas greeting card to Joe Fanelli.

There is also an A Kind of Magic cover LP with autographs, which according to experts are not original. 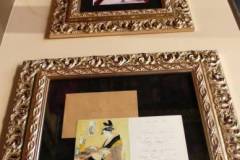 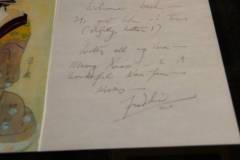 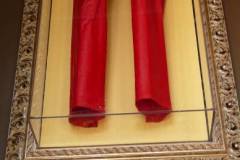 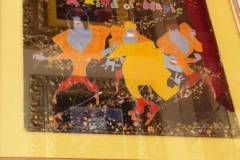